VIA is, relatively speaking, a newcomer to the CPU market. After their acquisition of the Centaur division of IDT (bringing the Winchip) and of Cyrix they have put together a series of excellent CPUs. Via has admirably chosen not to join the chaos of performance desktop/server CPUs. This has kept them from having to compete with the likes of Intel and AMD. Rather they have concentrated on the quiet, cool, computing areas of small home boxes and laptops. These computers do not need to be able to play Doom 3 at 200fps or be able to rip DVDs day in and day out. They do however need to be very cool, and very quiet, fitting into small enclosures that do not have the capability of heating your entire house. VIA CPUs are designed for the digital media/security market. VIA can rightfully claim to have the 'coolest' CPUs available on the market.

VIA has released several cores and it can be hard to tell what makes them different.
VIA CPUs have been marked under the Cyrix name (which has now been dropped due to bad connotations with the massive heat generated by the late Cyrix MII) as well as '1GigaPro' and VIA's own name.

Thanks to VIA for donating several CPUs to the museum and making this page factually correct.

Bold CPUs are currently in production 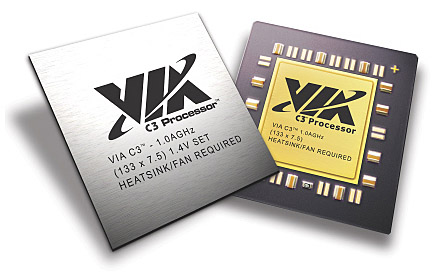 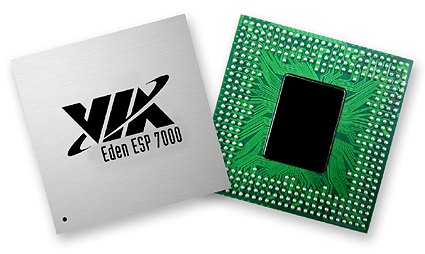 Joshua
The Joshua (Cayenne NOT Jalapeno Core) was in the works at Cyrix as they were sold to VIA in 1999. The Joshua was a socket 370 CPU and was an evolution of the MII design. It was released in prototype form only.

The Samuel was VIA's rework of the old Winchip core. It was not a great performer due to the lack of L2 cache. The other major week point is that the FPU is clocked at HALF the CPU speed. The Samuel (and Samuel 2) retain the original 12 stage Winchip pipeline.

The Samuel 2 is fabbed by TSMC and is capable of using 3DNow and MMX instructions. It uses a very small 52mm square die which helps keep costs down. The Samuel 2 core is very simple but has excellent branch prediction (which is needed with such a small L2 cache). It has a much smaller die and power requirements then a comparative Intel (20 Watts) or AMD(25 Watts). I have run these chips without a heat sink or fan and they keep trucking just fine (this is not recommended). The Samuel 2 is really the first really successful CPU by VIA. It is more then capable of running any and all office app's as well as basic multimedia.

The Via Ezra was to be the next generation processor after the Via Samuel 2. The Ezra is produced on a .13 micron process. The bonus that Ezra has over the Samuel 2 is the ability to be clocked higher, and possibly to run cooler. There's really no major change between the Samuel 2 core and the Ezra aside from a smaller .13 micron process, lower voltage / power requirements and higher clock speed. The Ezra-T is merely a modification to be compatible with Tualitin sockets. The Ezra-T also transitioned to full copper interconnects (C5N core)

.The VIA Nehemiah is still officially called the C3, but it uses the C5XL core developed by the WinChip team that Via acquired. Like previous Via C3 chips, it's aimed at the bottom of the market. The C5XL is the successor to the Ezra / C5C core and supports Intel's SSE extensions with 2 SSE units and a 16-stage pipeline. The FPU of the C5XL runs at full clock speed, unlike previous C3's which had 1/2 speed FPUs. With this the C3 can now perform almost as well as a Celeron or Duron but produces half the heat. The original Nehemiah core was the C5XL and that was the first to introduce an on-die RNG. The current core is the C5P and has two RNGs and an AES encryption engine. This is what is known as the "Padlock Data Encryption Engine"

It is of important note that only the C5P core has AES, this is core stepping 8 and VIA does not specify this when selling the CPU's. So many surplus or NOS EPIA motherboards have the older core. If you buy a new EPIA, you should have the AES engine, Use a CPUID program to be sure.

The Nehemiah began with the C5X core which had a core shrink resulting in the C5XL. The C5P added the second RNG.
All cores are .13u and use Cu interconnects. The Nehemiah also added 4 stages to the original C5 pipeline resulting a a 16 stage pipe.

Eden CPUs are C3s that are fanless. What this means is that they dissipate 7 Watts or less of power. It uses a Nehemiah core on the .13u process in a VERY small (15mmx15mm) nano-BGA package. These CPUs run at barely 1Volt and dissipate a maximum of 7 Watts. This is unheard of in the range of 1 GHz CPUs. The Eden also offers very fast AES encryption (basically a quick random number generator).

THe Eden-ESP is a fanless C3 (7W or less) in a EBGA package whereas the Eden-N is a C3 in the Nano-BGA package. THey are for all accounts, the same CPU.

These are used on nano-ITX boards quite frequently. The CPU itself is smaller then a penny and about a quarter the size of the chipset. While the die is only slightly smaller then the Pentium M the package is 1/6th the size. This is CSP (Chip Scale Packaging) and is the future of CPUs. An entire motherboard for it is only 25 square inches. The remarkable point is power. The Eden can perform quite well for digital media application and only produces 7 Watts of heat at 1GHz. It is designed to run with no fan. It can be designed using a fanless powersupply as well. Thus a fanless, noiseless, thin PC with all of the customary x86 functionality. 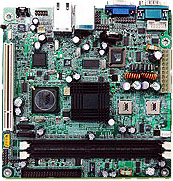 The EPIA-DP supports DDR400, Gigabit Ethernet, and much more.

The Antaur is designed as a mobile CPU. Like the Eden-N it offers the worlds fastest AES x86 encryption in hardware. In today's world of high security this is highly needed and beneficial. It is a C5P Nehemiah core. The Antaur-M has full support of SSE, 3D Now! and MMX instructions. Once powered up the CPU can adjust its voltage dynamically by using PowerSaver 3.0 which is comparable to Intel's Speedstep Technology. Antaur CPUs also feature the NX flag to help defeat buffer overun exploits. The 1GigaPro CPUs are VIA C3s that have been remarked by one of VIA's customers for use in very small boards (along the lines of the Mini-ITX form factor). The 1GigaPros will become rather collectible as they are not very common in comparison to other VIA chips.

Esther
VIA C7
The Esther using the C5J core is fabbed at an IBM fab (East Fishkill, N.Y.) rather then a TSMC fab like previous VIA chips. It features SOI and is made on a .09u process. This will allow a 1GHz chip to operate at about 3.5Watts. (24Watts at 2GHz)

The C5J alsos features RSA encryption, Secure Hashing and support for execution protection to help fight e-mail worms and viruses. The NX feature, according to Via, "marks memory with an attribute that code should not be executed from that memory," assisting the battle against malicious code. NX protection which will be supported with Windows XP SP2, was developed by AMD

The C7-M is the mobile version and has some impressive features.:

As well as that, the core includes a front side bus of up to 800MHz, a larger L2 cache, and SSE2/SSE3 multimedia instructions. 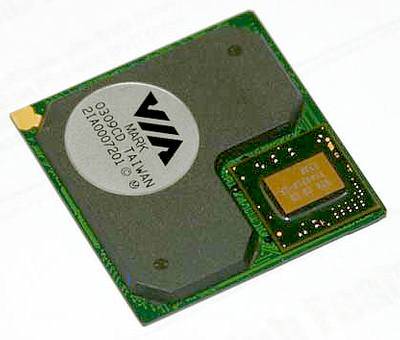 The VIA CoreFusion products are CPU's integrated with a chipset, similar to the cancelled Intel Timna CPU. VIA bega developing such CPU's in 2000 with the Matthew. The Matthew was canceled but its design led to the development of the Mark and Luke. The Mark can be considered Lukes little brother, it is the vaue plattform and lacks the Unichrome Graphics and other features that Luke has. Luke also runs up to 1GHz whereas Mark is limited to 533MHz. 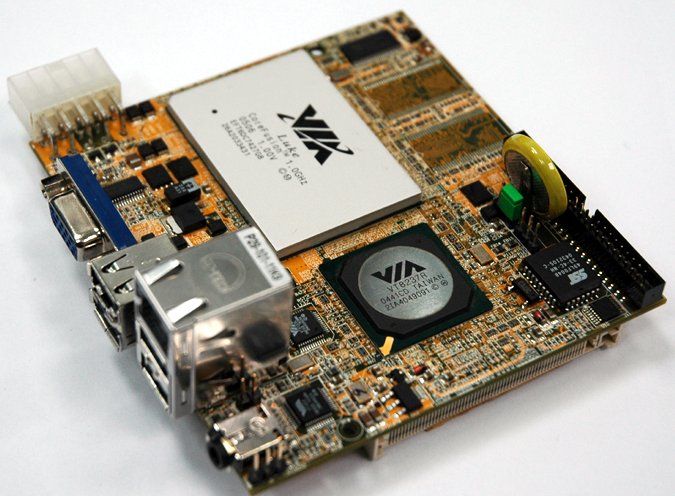 Note the massive heatsink, apparently it gets rather hot, but that is due to the chipset, and NOT the CPU.

Note: Since the Eden is actually just a Nehemiah it is not listed in the table.

If you have any additional VIA CPU details and/or corrections please e-mail me.

Copyright © 2005 CPUShack.Net All pictures and content are property of CPUShack.Net. All rights reserved. This material may not be published, broadcast, rewritten, or redistributed without the express written permission of CPUShack.Net